Muharram/Islamic New Year 1435  November 04, 2013
Happy new year and many happy returns of the day
Note: Regional customs or moon sightings may cause a variation of the date for Islamic holidays, which begin at sundown the day before the date specified for the holiday. The Islamic calendar is lunar and the days begin at sunset, so there may be one-day error depending on when the New Moon is first seen.

Muharram is the month at the beginning of the Islamic year. Some Muslims mark the start of the Islamic year on the first day of Muharram. Others start to prepare for the Day of Ashura on the tenth day of the month. This observance applies to Muslims worldwide, including the United Kingdom.

What do people do?

Some Muslims in the United Kingdom take time on the first day of the month of Muharram to reflect on their lives and to think how they can improve them. Many Muslims also spend time in prayer or fast during daylight hours to prepare for the Day of Ashura on the tenth day of the month. Some Muslims fast during the hours of daylight on the ninth and 10th or first, 10th and 11th days of Muharram to commemorate that Noah left the ark and that God saved Moses from the Egyptians.
Some Shi'a Muslims beat or whip themselves as part of a mourning ritual for Husayn ibn Ali on the Day of Ashura (Ashurah). This practice is rare in the United Kingdom. Some religious leaders encourage Muslims who feel that they should lose some blood on this day to donate blood to the blood transfusion service.

None of the days of Muharram are bank holidays in the United Kingdom. Many Muslim pupils at state schools can get permission to have a day off school to observe the Day of Ashura.

Muharram is the first month in the Islamic calendar. The tenth day is known as the Day of Ashura and commemorates that Noah left the ark and that God saved Moses from the Egyptians. For Shi'a Muslims, the Day of Ashura is also a day of mourning for Husayn ibn Ali. Husayn ibn Ali was a grandson of the Prophet Muhammed and was martyred in 680 CE at Karbala, currently in Iraq.

Some Muslims eat a symbolic meal or dessert on the Day of Ashura, known as Noah's pudding. The ingredients may include water, grains, pulses, fresh and dried fruit, salt and honey. The dish may be garnished with orange or lemon rind, spices, nuts and pomegranate seeds. Muslims are urged to enjoy the dish and to share it with their neighbors.. 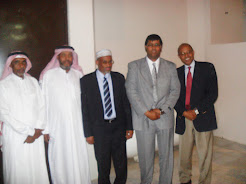 May Allah bless his soul. Amen.

we are in
Britaine.co.uk
united kingdom's search engine